Finally, after months of preparation, a move from NC from PA, and dozens of meetings with vendors, our big day was on the way!

Our Outer Banks wedding week arrived much faster than we knew it.  Family was pouring in from across the country to be nestled in with us on the beach for the week.  Almost 100 of our closest friends and family made the trip for our special day.  I was headquartered at “Groom Central”, and Nina tucked away in the “Bride-to-be Castle.”

The days leading up to the wedding were very hazy in my mind.  I was so busy with last minute preparations that it was hard to savor all the company around me and loved ones pouring into town.  My nerves were in such a tight bundle.  Nina and I waited until this wedding week to reflect on our love for each other, and write our vows and promises that we would each read aloud on our day.  We would be apart in two separate houses to clear our minds and allow us to think deeply.  The twist: we constructed them like letters to one another… sure to cause the world’s most intense outpouring of emotions! 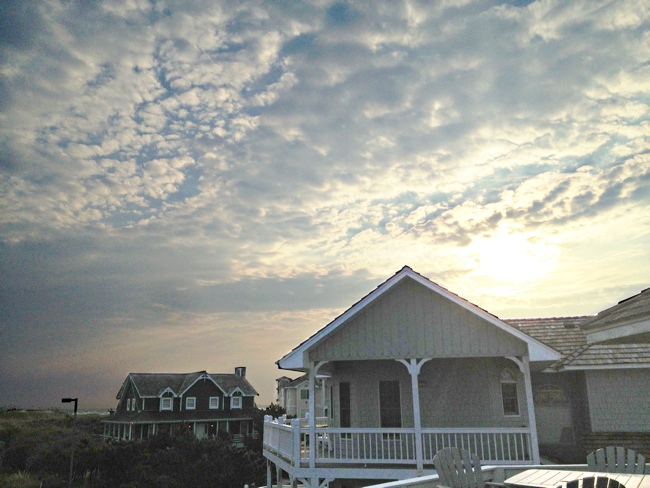 Friday, September 13th, 2013 came faster than I ever could have imagined.  Forecasts were calling for a chance of rain, but I had no doubt the day would be perfect… no matter what.  I remember waking up, and feeling numb.  From the top of my head to the tips of my toes, everything felt empty of any kind of pain or negativity.  I got up from my bed and walked up to the top floor living area (one of the best memory making routines to perform in a beach house).  I remember seeing my mother, who was always up before me, and noticing the same calmed emotions, tied tightly within her as well. 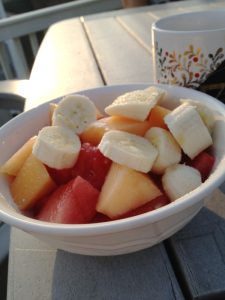 I didn’t have much of an appetite that morning.  My sister was gracious enough to prepare me a nice bowl of fruit so that something could reside in my stomach and give me fuel for the “butterflies.”  My other relatives staying in the home slowly started to wake up and greet me out on the deck (with coffee of course).  I was still Bob that morning… but the aura that hung in the air in the hours leading up to the wedding was something I will never ever forget.  It was an equal blend of excitement, nervousness, awareness, and legacy.  It truly was the “first day” of the rest of my life.

“Getting ready” time came before I knew it as well (boy, I sound unprepared).  Suits and outfits had all been wrangled up from Norfolk the day before, and my groomsmen were on their way to our house.  Before the official strip down of our casual clothes, I gave all my “soldiers of the day” a heartfelt gift (consisting mostly of Kraken Rum themed paraphernalia).  We started getting ready.  Our photographer and videographer arrived during this time but I had almost no clue when.  I think a bus filled with nitroglycerin could have ran into a telephone pole outside and I wouldn’t have processed it.  After a last minute, touch-up, shave job and correcting some wardrobe malfunctions, it was time to go.  It was all happening so fast! 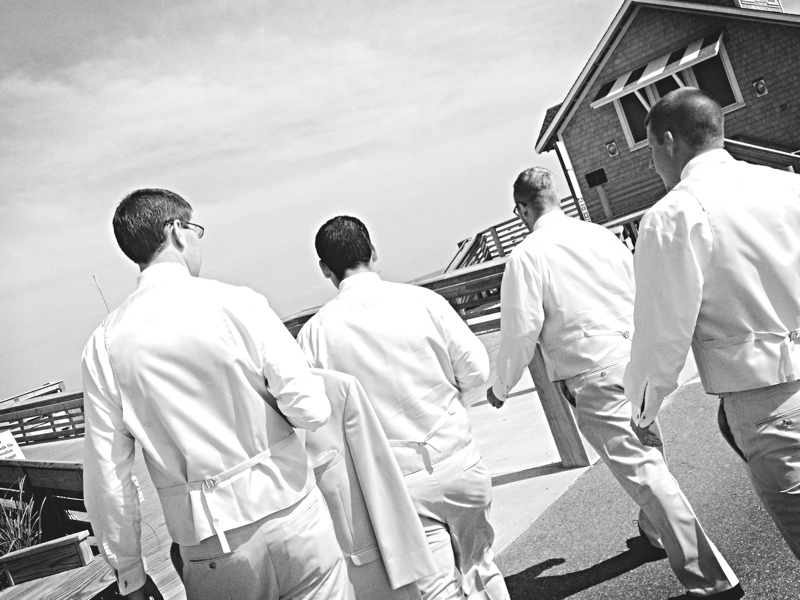 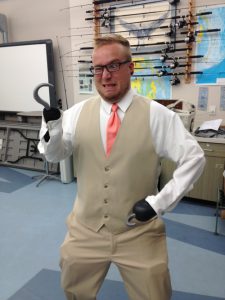 We drove to Jennette’s Pier, all stuffed in my black turbo charged beauty.  We snagged a great parking spot, emptied out of the car, and performed one of the best “cool-guy” walks since the last Calvin Klein fashion show.  The girls were on the way, and I needed to be quarantined as to not spoil first sight of my bride.  The children’s classroom in the pier served well as my temporary chambers.  All the while my men were on standby;  guarding door windows and monitoring for Nina’s arrival.  Nina arrived, as planned, and the lockdown room emptied to all but me and my best man / best friend / brother Adam.  The other groomsmen were needed to perform welcoming and ushering.  There were some sentimental and emotional words exchanged, calming reassurances, and eventually a pirate fight with some toys in the room (that’s how we Kissells do).

I was called to action by our day-of coordinator, and placed into one last waiting area before lining up for our processional.  I was now on the top floor of the pier, and I found myself transfixed and gazing out through the windows at the beach outside.  It was so comforting.  I had been this nervous only one other time in my life, and I found solace viewing the sun, sand, and waves outside.  It was a beautiful day.  I knew this would be the case.  This day had been made for two special people, and I could see it looking out.  All those “flashbacks” people talk about having before a life changing event… I definitely had them, and recounted from first glance through my entire relationship with Nina in a matter of seconds while looking out that window. 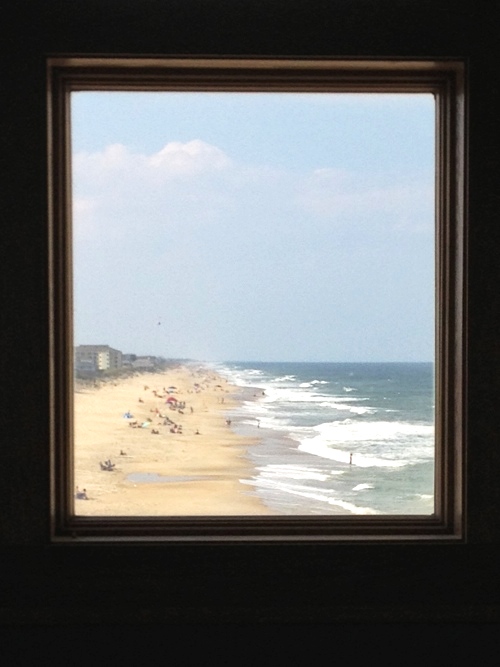 Window gazing time was done.  I was now moving to get into line with our officiant, Jay.  This was my first small glance of all the people in attendance.  My first glance of all the decorations.  It was glorious.  My time to walk came, again, sooner than expected.  I saw the bridesmaids on one side and my groomsmen on the other.  They were there for me, for us, things were getting very, very real now!  Jay leaned over to me once I was fixed in my spot and whispered “This is it!”  A command order was issued from my brain to my spine: “Initiate tingle sequence.”  We then started walking.  I knew people were looking at me.  I knew I could take time to try to find their eyes and acknowledge them…. but, I could not.  I was like a deer caught in high-beaming headlights.  We reached our spot and everything paused.  My eyes were fixed at the doors I just walked out of, knowing full well that my everything was about to take her steps out.  This was it.  I’ve always dreamt of it.  It was happening… right now.

The music started.  My spine was already primed for the tingling to come.  Everyone stood.  I found my viewing lane… and there she was. 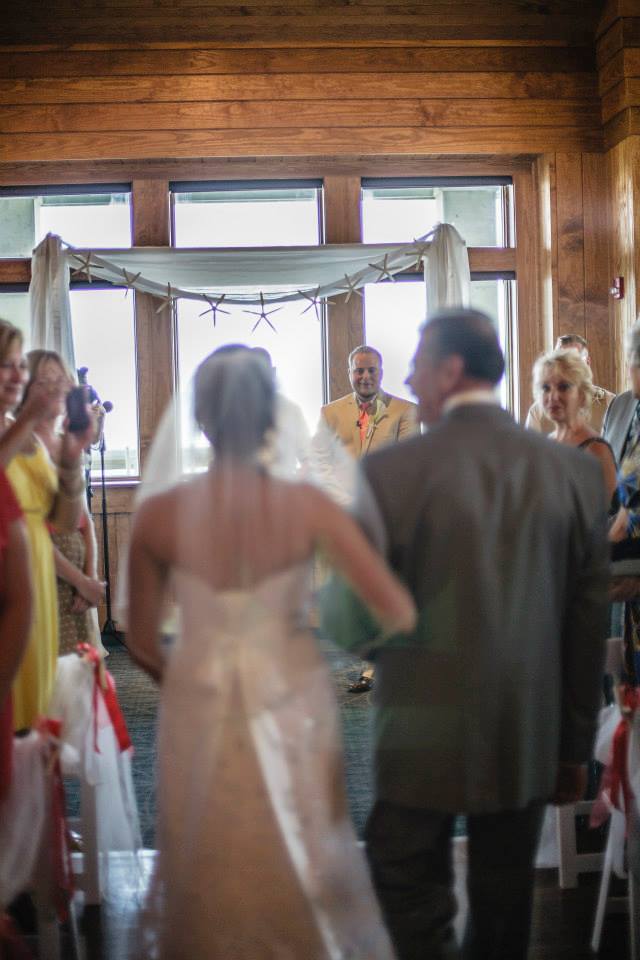 I looked at her, she looked at me.  We both knew the joyful gravity of the day.  Our eyes swelled with it.  I’d never seen such a beautiful being before.

Nina was handed off under blessing from both of her parents, I exchanged hugs and my promises to them, and then it was just the two of us together.  I didn’t manage to process some of Jay’s initial introductions… but I did catch “..enjoy this moment… get lost in it..”.  We really got lost in it…. and will never get out of it.

The ceremony proceeded with readings from Nina’s brother, Michael and my sister, Sara… both of who performed eloquently and created even more shivers and goose bumps.  Before I knew it, it was time for us to read our vows to each other.  I had volunteered to read Nina’s words for me first.  I’ve never babbled so much in my life.  Five years prior I had passed my semester’s public speaking course after only 2 weeks, yet now I had issue articulating even the smallest details.  My emotions were fully engaged.  I managed to finish, but required a tissue immediately after.

Nina took her turn right after.  She started off smooth initially, but the memories, feelings, and promises entwined and scribed onto that sheet of notepaper made things equally as aquatic on her end.

We had made our promises to each other, then performed traditional vows as well.  We placed our rings on each other, were pronounced “Husband and Wife”, and then savored the best kiss ever and the first of our new life together!

It was time to celebrate!

We carefully planned out a cocktail hour to entertain our guests while we took a majority of our photos with family and the bridal party on the beach.  Blackened scallops, crab dip, and traditional Italian bruschetta stood no chance against hungry, emotional wedding guests.

We returned in and lined up for our official introduction!  The crowd certainly wasn’t ready for our walk-out song, but it charged the two of us up just as we wanted.  We also broke out into a dubstep routine immediately after our first dance.

The next hour was spent attempting to eat some of our food that was brought to us.  Although the feast of medium rare steak loin, garlic mashed red skin potatoes, mahi-mahi fish tacos, and oyster stew were tempting… neither of us managed to have any time to eat! 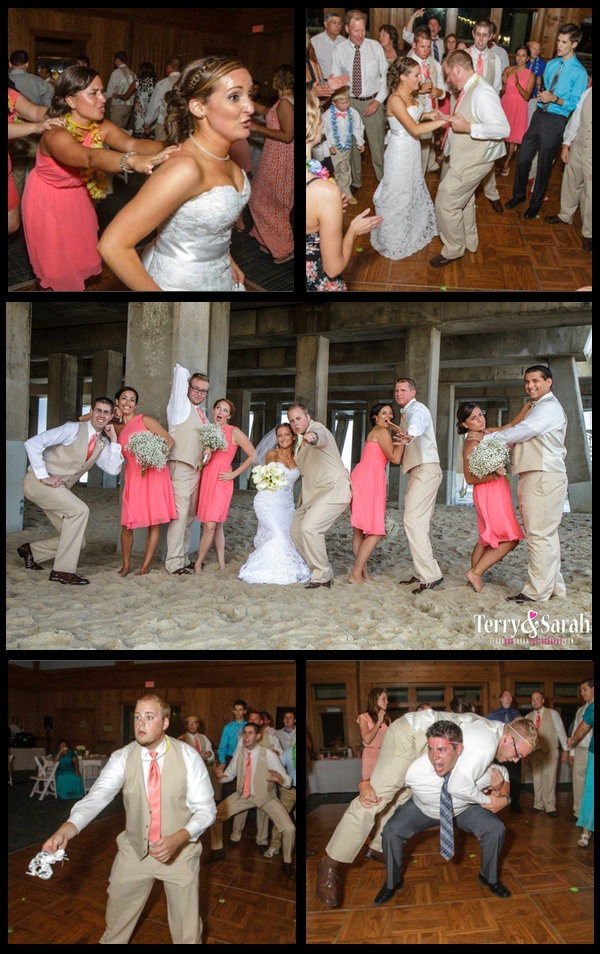 I will never, ever forget the speeches given that day.  My brother’s and sister in-law’s were both so personal yet relatable, and it really kept the blubbering going.  A long-time family friend, Pastor Charlie Reber told everyone a story that truly gives me an emotional rollercoaster ride.  He said that when the old Jennette’s Pier was torn down after storm damage and the new one built, so many of the old-timers were asking dozens of questions and wondering why the Good Lord would make it so a grand establishment was built instead of a plain ol’ fishing pier.  He turned and looked directly at me and said “Well, now I know…. he built it for you Bobby.” 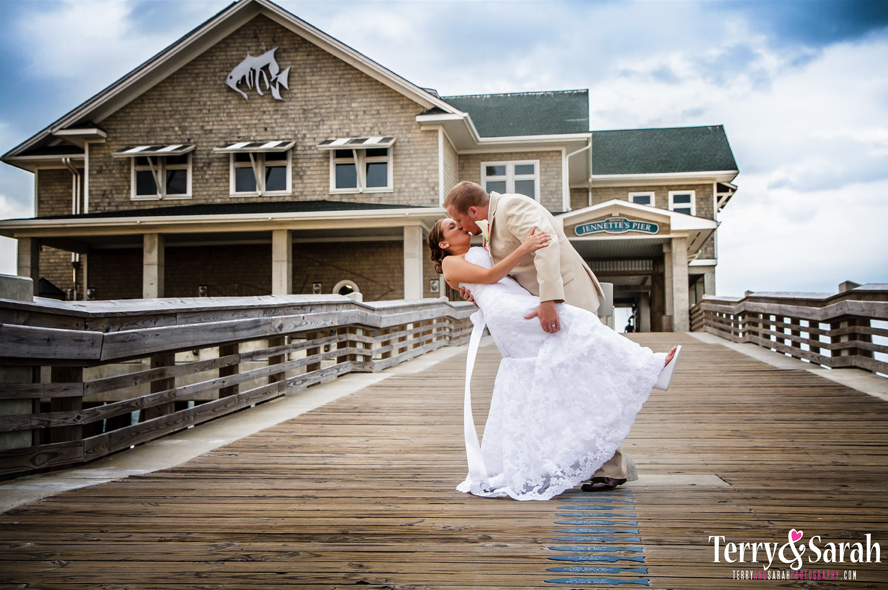 We danced, we played games; it seemed like everybody in attendance was really having a blast!  We also had a photobooth in the equation that made an awesome area for total embarrassment and entertainment when needed!  The photobooth pictures are absolutely hysterical… you have to get one of those for your wedding guests to make complete fools of themselves. (more of our photos here)

The day was fantastic.  When you hear people say that their wedding day was the best day of their life, they aren’t lying.  That day was the best day of my life.  The day was perfect from start to finish, and we were so incredibly blessed by the family and friends that traveled near and far to be with us that day.  Marrying the person I love most in this world was such a feeling.  It’s hard to explain.

The entire day I felt no negativity, no pain, no worries… all was going to be as it should, then and forever.