AUGUST 02, 2013
Manteo’s Historic Waterfront, Manteo, NC 27954 – MAP
Shop unique boutiques, browse our galleries! Pick your next great read! Sip a gourmet coffee! Savor a glass of wine! Dine at one of our many wonderful restaurants! Visit our attrcations! Discover Manteo on the First Friday of each month, April through December – 4 p.m. to 8 p.m.

MAY 31, 2013 – AUG 22, 2013
1409 National Park Dr, Manteo, NC 27954 – MAP
Phone: 252-473-6000
Bursting with action and excitement, The Lost Colony is the epic story of America’s first English colony, and the longest running Outdoor Historical Drama in the United States. 3 years after leaving 117 men, women and children, Gov. John White returned to Roanoke to find the settlement deserted. On one of the palisades, he found the single word “CROATOAN” carved into the surface. The 117 pioneers of Roanoke Island had vanished into the great wilderness. Their fate remains to this day unknown & is considered to be America’s greatest cold case. Nestled along the shores of America’s most historic and mysterious island, over 100 professional actors, technicians & designers gather every summer to honor the memory of the brave people who came here to build a new country. The production is as epic as their story. The Lost Colony is a cultural treasure and the best family entertainment on the Outer Banks!

JUNE 18, 2013 – AUGUST 14, 2013
1409 National Park Dr., Manteo, NC 27954 – MAP
Phone: 252-473-6000
Imagination & fantasy run wild in this hour of family fun! For over 40 years the cast of The Lost Colony has produced a show just for kids. Join us in the air conditioned comfort of an intimate setting as you share this Outer Banks tradition with your kids! Puss-In-Boots is a funny, sweet, uplifting little play designed just for little audiences! This tale of a sly cat who wins his master the lordship of a manor and the hand of a beautiful princess has audience interaction, delightful songs and enough action for every member of the family. This fun-filled musical begins with three brothers inheriting their father’s estate. The youngest brother is very disappointed because all he receives is the family cat. Puss is a very clever cat though and promises his master that in exchange for a pair of boots, he can get him a life of luxury and adventure. Puss goes on to use his sly and clever ways to overcome an ogre, befriend a king and win the heart of a fair princess.

AUGUST 05, 2013; AUGUST 12, 2013; AUGUST 19, 2013; AUGUST 26, 2013
The Goodlife Eatery, 3712 N. Croatan Hwy., Kitty Hawk, NC 27949 – MAP
The Christian Music Summer Concert Series begins Monday night Memorial Day, May 27 and runs thru Labor Day Sept 2. Hosted by local artist Kim Kalman, the evening features Christian music. Join us for this family-friendly evening at the Good Life Eatery mp 4.5 in Kitty Hawk on the by-pass at 7pm. Our featured act on May 27 is Kim Kalman who has just released her new CD AT THE FOOT OF THE CROSS. The “love offering” benefits our Beach Food Pantry and Interfaith Community Outreach.

Important things to remember: Programs typically last about 2 hours. Bring a flashlight & bug repellent. Dress for the weather; howling will occur except with lightning, heavy rain, or wind or impassable roads. Decision to cancel will be made at least 1.5 hours prior to the scheduled program. Plan ahead! Creef Cut Wildlife Trail is about a 20 minute drive from Manteo! Do NOT bring pets.

AUGUST 07, 2013; AUGUST 14, 2013; AUGUST 21, 2013; AUGUST 28, 2013
Outer Banks Jubilee, Kitty Hawk, NC 27949 – MAP
Phone: 252-473-1061
Portrait of Patsy Cline is a musical portrait of the famous singer, featuring 32 songs – including her most memorable ones – with biographical dialog and monologue interspersed between numbers. Produced by Elizabeth R & Company, vocal stylist Laura Martier in the title role is joined on stage by her band,the Tumbling Humble Weeds: Muskrat Reems on pedal steel; Skip Hancock on keyboard; Dan Martier on drums; Joe Mapp on guitar; Bill Rea and Mick Vaughn on bass; and Charlie Austin on fiddle. Curtain goes up at 7:30 p.m. on Wednesdays beginning June 12 through Aug. 14 at Outer Banks Jubilee in Kitty Hawk; no performance on July 3; Advance purchase tickets are $20 at www.brownpapertickets.com; sold at the door only on performance night for $25.

JUNE 27, 2013 – AUGUST 08, 2013
Duck Town Green, Duck, NC 27949 – MAP
This popular evening concert series features some of the area’s best known musical acts. Bands entertain concert-goers on the Duck Town Green Thursday evenings from June 27 through August 8, beginning at 6:30 p.m. (There will not be a show on Thursday, July 4)

AUGUST 08, 2013
Kitty Hawk Kites, Nags Head, NC 27959 – MAP
On Thursday, August 8th, come to the Kitty Hawk Kite store in Nags Head (mile post 12.5) for a big outdoor summer bash with a homegrown backyard feel. It is one of the most unique festivals on the Outer Banks! We’ll have tons of fun activities for kids and parents like: the dunk tank, moon bounce, inflatable obstacle course, watermelon seed spitting distance contests, pie eating contests, face painting, and of course, tons of watermelon! Kitty Hawk Kites staff will be on site teaching kids how to use juggling sticks, balance boards, and letting them try out all of our top selling toys. We’ll also have great music, food vendors on site, and one of the best raffles on the beach!

AUGUST 08, 2013 – AUGUST 10, 2013
Jennette’s Pier, 7223 S. Virginia Dare Trail, Nags Head, NC 27959 – MAP
Phone: 252-255-1501
Surfing For Autism is an autism/Asperger’s awareness event each summer on the Outer Banks of NC while providing our children with an amazing experience and opportunity to surf. Each child is provided two surfers and a skilled therapist or teacher who are well educated on the special needs of our children with Autism. Together, they are paired up with children who have autism/Asperger’s of all ages and introduce them to paddling, surfing, and a new way to have fun in the sun. For more information and for a schedule of events, HTTP://WWW.SURFINGFORAUTISM.ORG/EVENT/SCHEDULE/.

NEW WORLD FESTIVAL OF THE ARTS

AUGUST 16, 2013
1409 National Park Dr., Manteo, NC 27954 – MAP
Phone: 252-564-6000
The Lost Colony and their neighbors at Fort Raleigh National Historic Site invite everyone from field and town to celebrate Virginia Dare’s birthday. Events commemorating the birth of the first English child born in the New World will be held at The Lost Colony, The Elizabethan Gardens and the National Park Service Visitors Center. The Lost Colony is hosting Virginia Dare Faire and this year’s event promises to be “over-the-top.” An exciting morning full of mirth and merriment has been planned and includes a bounce house, Indian invasions, jugglers, games of chance, dunk tank, field games, giant puppets, red soldier patrol, face painting and much, much, more. In addition to all of the games and activities, revelers will be treated to snow cones and a Candy Shoppe. The Faire will be held on the lawn next to The Lost Colony administrative offices. Festivities begin at 10:00 am and end with cake and ice cream at the front gates of The Elizabethan Gardens at 1:00 pm.

AUGUST 16, 2013
Jennette’s Pier, Nags Head, NC 27959 – MAP
Phone: 252-255-1501
The Arnette Cash Pot Surf Series returns to the East Coast. Taking place on August 16, at the Outer Banks in North Carolina, the last two stops of the Cash Pot Surf Series are free to enter, with $3,000 in prize money up for grabs at each stop. Arnette’s Cash Spot Surf Series events have been packed at every stop this year and are beach entry only. Spots for competitors are assigned on a first come, first serve basis, so anyone looking to surf in the Cash Pot should arrive to fill out their entry forms by 6:30 am or come with their form filled out already. 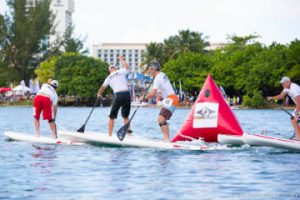 AUGUST 23, 2013 – AUGUST 25, 2013
Jennette’s Pier, Nags Head, NC 27959 – MAP
Phone: 252-255-1501
The EVP Beach Volleyball Tour Stops on the Outer Banks! Extreme Volleyball Professionals (EVP), a premier national circuit, announces the addition of the OBX to its high profile EVP Tour 2013 schedule. The Outer Banks Visitors Bureau and Jennette’s Pier are partnering with EVP Tour to host two days of competitive beach volleyball in the town of Nags Head.
The EVP Beach Volleyball Tour’s primary aim is to support beach volleyball events that engage families, fans, athletes, students, communities and sponsors in a great day at the beach. At each event, spectators will not only see elite athletes compete on the sand for top honors, they also have the chance to interact with the pros by participating in contests and promotions at hosting venues.