July 05, 2013
Manteo’s Historic Waterfront, Manteo, NC 27954 – MAP
Shop unique boutiques, browse our galleries! Pick your next great read! Sip a gourmet coffee! Savor a glass of wine! Dine at one of our many wonderful restaurants! Visit our attractions! Discover Manteo on the First Friday of each month, April through December – 4 p.m. to 8 p.m.

MAY 31, 2013 – AUG 22, 2013
1409 National Park Dr, Manteo, NC 27954 – MAP
Phone: 252-473-6000
Bursting with action and excitement, The Lost Colony is the epic story of America’s first English colony, and the longest running Outdoor Historical Drama in the United States. 3 years after leaving 117 men, women and children, Gov. John White returned to Roanoke to find the settlement deserted. On one of the palisades, he found the single word “CROATOAN” carved into the surface. The 117 pioneers of Roanoke Island had vanished into the great wilderness. Their fate remains to this day unknown & is considered to be America’s greatest cold case. Nestled along the shores of America’s most historic and mysterious island, over 100 professional actors, technicians & designers gather every summer to honor the memory of the brave people who came here to build a new country. The production is as epic as their story. The Lost Colony is a cultural treasure and the best family entertainment on the Outer Banks!

JULY 01, 2013; JULY 08, 2013; JULY 15, 2013; JULY 22, 2013; JULY 29, 2013
The Goodlife Eatery, 3712 N. Croatan Hwy., Kitty Hawk, NC 27949 – MAP
The Christian Music Summer Concert Series begins Monday night Memorial Day, May 27 and runs thru Labor Day Sept 2. Hosted by local artist Kim Kalman, the evening features Christian music. Join us for this family friendly evening at the Good Life Eatery mp 4.5 in Kitty Hawk on the by-pass at 7pm. Our featured act on May 27 is Kim Kalman who has just released her new CD AT THE FOOT OF THE CROSS. The “love offering” benefits our Beach Food Pantry and Interfaith Community Outreach.

JUNE 18, 2013 – AUGUST 14, 2013
1409 National Park Dr., Manteo, NC 27954 – MAP
Phone: 252-473-6000
Imagination & fantasy run wild in this hour of family fun! For over 40 years the cast of The Lost Colony has produced a show just for kids. Join us in the air conditioned comfort of an intimate setting as you share this Outer Banks tradition with your kids! Puss-In-Boots is a funny, sweet, uplifting little play designed just for little audiences! This tale of a sly cat who wins his master the lordship of a manor and the hand of a beautiful princess has audience interaction, delightful songs and enough action for every member of the family. This fun-filled musical begins with three brothers inheriting their father’s estate. The youngest brother is very disappointed because all he receives is the family cat. Puss is a very clever cat though and promises his master that in exchange for a pair of boots, he can get him a life of luxury and adventure. Puss goes on to use his sly and clever ways to overcome an ogre, befriend a king and win the heart of a fair princess.

JULY 01, 2013 – JULY 03, 2013
1701 S. Virginia Dare Trail , Kill Devil Hills, NC 27948 – MAP
Phone: 252-207-9950
Early on Mark pursued Theatre at The American Academy of Dramatic Arts, joining “The Company” after graduation. Soon after, Mark stumbled upon Stand-Up Comedy and found success as a storyteller, performing throughout New York City, and ‘on the road’. Mark currently also performs for Armed Forces Entertainment, and has entertained U.S. and U.N. Troops worldwide, performing in six continents while working with his childhood heroes. Whether he is working with The Amoralists Theatre Company (In the acclaimed hit “Happy in the Poor House”), Angry Shih Tzu Productions or on tour with Stand-Up, Mark continues to climb the ranks.

Important things to remember: Programs typically last about 2 hours. Bring a flashlight & bug repellent. Dress for the weather; howling will occur except with lightning, heavy rain, or wind or impassable roads. Decision to cancel will be made at least 1.5 hours prior to the scheduled program. Plan ahead! Creef Cut Wildlife Trail is about a 20 minute drive from Manteo! Do NOT bring pets.

JULY 03, 2013; JULY 10, 2013; JULY 17, 2013; JULY 24, 2013; JULY 31, 2013
Outer Banks Jubilee, Kitty Hawk, NC 27949 – MAP
Phone: 252-473-1061
Portrait of Patsy Cline is a musical portrait of the famous singer, featuring 32 songs – including her most memorable ones – with biographical dialog and monologue interspersed between numbers. Produced by Elizabeth R & Company, vocal stylist Laura Martier in the title role is joined on stage by her band,the Tumbling Humble Weeds: Muskrat Reems on pedal steel; Skip Hancock on keyboard; Dan Martier on drums; Joe Mapp on guitar; Bill Rea and Mick Vaughn on bass; and Charlie Austin on fiddle. Curtain goes up at 7:30 p.m. on Wednesdays beginning June 12 through Aug. 14 at Outer Banks Jubilee in Kitty Hawk; no performance on July 3; Advance purchase tickets are $20 at www.brownpapertickets.com; sold at the door only on performance night for $25.

THE WINDMILL POINT ART FAIR PRESENTED BY CHILDREN AT PLAY

RALPH STANLEY LIVE AT THE WATERSIDE

JULY 07, 2013
1409 National Park Dr., Manteo, NC 27954 – MAP
Phone: 252-473-6000
Two American legends will come together as Ralph Stanley brings his Clinch Mountain Boys to the historic Waterside Theatre, home of The Lost Colony. In 1946 along with his older brother Carter Stanley they formed the legendary Stanley Brothers duo. The Stanley Brothers and the Clinch Mountain Boys became one of the most popular brother acts in Country Music history. Some of Country and Bluegrass music’s biggest stars came from Ralph Stanley’s band, including Ricky Skaggs. In 1992 Ralph was inducted into the International Bluegrass Music Hall Of Honor. In 2000 he was inducted into the Grand Ole Opry. Although known and respected in music circles, it took a film to popularize his mournful voice with the mass public. O Brother, Where Art Thou became one of the 50 most influential recordings of all time, according to NPR. It went on to sell over 8 million copies and earned Dr. Stanley is first Grammy Award for Best Male Country Vocal Performance. With Special Guests, Molasses Creek.

JULY 08, 2013 – JULY 12, 2013
1701 S. Virginia Dare Trail , Kill Devil Hills, NC 27948 – MAP
Phone: 252-207-9950
Andy Hendrickson was a showcase winner at HBO’s U.S. Comedy Arts Festival in Aspen where he earned a spot at TBS’ The Comedy Festival in Las Vegas. He is a favorite headliner across the country as well as internationally. In addition he has performed throughout the Middle East to entertain US troops. He’s had multiple appearances on the nationally syndicated Bob and Tom radio and TV show and his CD, It’s Ready, airs regularly on Sirius Radio. Andy has appeared on NBC’s 30 ROCK and was recently on David Letterman!

JULY 11, 2013
Marshes Light, Manteo, NC 27954 – MAP
Phone: 252-261-2004
It is with a great deal of pride and pleasure that the Outer Banks Relief Foundation announces the 2nd Annual TowneBank Red Nose Wine Festival on Thursday, July 11, 2013. This is an Outer Banks Relief Foundation Charity Event, and is one of the many fundraisers held by the Foundation as it fills its mission to serve our community whose mission is simple: to financially assist those in our community who are faced with debilitating illness or tragedy. Net funds will be expended to help those on the Outer Banks.

JULY 13, 2013
Festival Park, Manteo, NC 27954 – MAP
Come out and join Kitty Hawk Surf Co. for the Suptastic July 13th from 10:00am-4:00pm! Stand Up Paddleboarding is taking off throughout the country as the new recreational activity for all. Try out your skills at the SUPtastic! Join in or watch paddleboarders race throughout the Manteo/Roanoke Island area using their abilities in a fun race! Learn the basic techniques of SUP, check out the merchandise, and enjoy a little fun competition!

JULY 20, 2013 – JULY 21, 2013
Wright Brothers National Memorial, Kill Devil Hills, NC 27948 – MAP
Come take flight with the Wright Brothers National Memorial and Kitty Hawk Kites at the Wright Kite Festival in Kill Devil Hills, NC July 20th-July 21st! Walk through the museum and gain knowledge of the birthplace of aviation and then put this knowledge to the test outside with Kitty Hawk Kites. Large kites will be on display throughout the weekend, joining in the sky with the Wright Memorial! Learn how to fly stunt and power kites from the experts while watching their displays right beside you. Families and Individuals are encouraged to bring out their own kites and participate in the event. Kitty Hawk Kites will be offering FREE kite making at the museum each day. The Kitty Hawk Kites Wright Flight Festival is FREE TO THE PUBLIC, although entrance into the park is $4.00. Admission costs help benefit the National Park Service. Children 16 years old or younger receive FREE ADMISSION to the park. 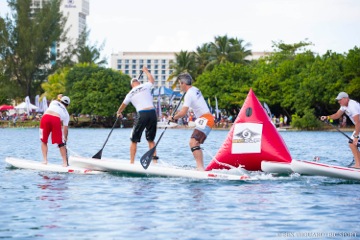 JULY 21, 2013; AUGUST 18, 2013
1314 Duck Road, Kitty Hawk, NC 27949 – MAP
Nor’Banks Sailing is excited to be involved in the first year of the BIC SUP One Design Challenge in 2013. As sailors, we all instantly understood what this racing was about and got on board immediately. We have a great location for the event with shallow water, sandy bottom and big new pier (thanks for Irene in 2011). Our facility has lots of parking, restrooms and new showers so you can clean up after the racing is done.

JULY 22, 2013 – JULY 26, 2013
1701 S. Virginia Dare Trail , Kill Devil Hills, NC 27948 – MAP
Phone: 252-207-9950
After appearances on Last Comic Standing, Jimmy Kimmel Live, and Star Search Moody McCarthy is no longer a well-kept secret. With sharp, versatile material and an old-school ethic, Moody has performed all over North America and Asia and left them wanting more (as in “Bravo!”, not “We were ripped!”). Moody began his career in Syracuse, NY, in the 1900s and quickly established himself as a keen monologist. Now based in New York City, he’s become a regular in the town’s best rooms and grown into an act that thrives in any setting, from upscale country clubs to divey pubs. Weaving sly topical jokes with crafty material and a dash of crowd-work, Moody’s likeability shines in any setting.