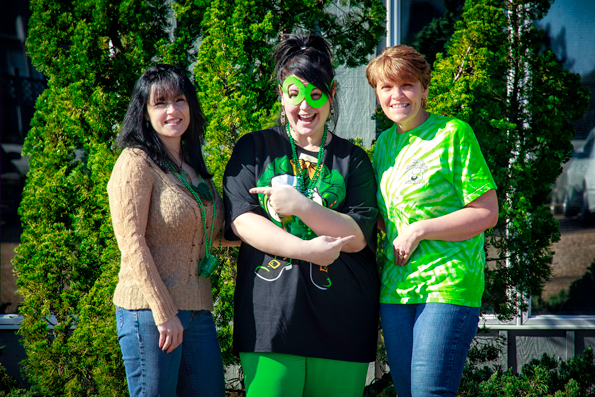 Southern Shores Realty has the best vacation rental staff in the business; awesome & active!  Before feasting on any Irish Stew, (from left to right) Christine Wissman, Beth Bray, and Melanie Mazza will be in Nags Head Woods running the 5th Annual Kelly’s Running of the Leprechauns 8k on Saturday March 16, 2013! 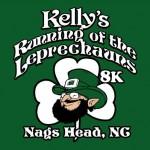 Christine is the Reservations Manager at Southern Shores Realty and has been part of the team for the past 19 years.  Originally from Norwood, PA, just outside of Philadelphia, Christine says “I don’t really have a background per say..” in running, but she ran her first Kelly’s 8k three years ago and went on to do a half marathon the same year.  She decided to participate again this year to support Beth, who is running her first Leprechaun 8k this year.  A cool fact about Christine: she has recently started guitar lessons on the internet over Skype!  Pretty cool indeed!  Christine makes no promises on winning the 8k, she is aimed at having a good time and finishing! Beth is a Vacation Specialist here at Southern Shores and was born and raised in Weeksville, NC.  She has only been with us for 6 months but feels like she has known everyone for much longer than that!  Beth is a energetic person who likes to bring the fun out of everyone around her!  This is Beth’s first year running in a marathon and she pays gratitude to her “wonderful co-workers” for encouraging her to not only run a marathon, but to start a track to a healthier lifestyle.  Beth admitted she never thought she would be involved in a marathon, but she sees it as an opportunity to prove she can do anything she sets her mind to.  Beth will and CAN do anything she sets her mind to, check out her hula-skirted cheering at Southern Shores Realty’s mile marker at the 2012 OBX Marathon! 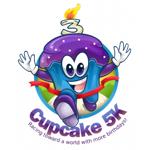 Melanie is also Vacation Specialist at Southern Shores Realty and has been here for 5 years.  She and her husband moved from Lancaster county, PA to the Outer Banks six years ago (today ironically!).  Four years ago, Melanie started walking to lose weight and participated in the 2010 Kelly’s 8k and OBX Half Marathon.  Through a friend’s persuasion, Melanie started running regularly in 2011.  Since then, she has participated in 2 Flying Pirate Half Marathons, 2 Kelly’s 8ks, 2 Cupcake 5ks, 2 additional OBX Half Marathons, and several Gobbler 5ks.  On average Melanie tries to run at least 25 miles per week!  Some of us dont even DRIVE that many miles in a week!  Much like the others, she doesn’t aim to win the Leprechaun 8k, just to stay focused and active.  Way to go Melanie! Keep your eyes open for all three of these lovely ladies at the Kelly’s Running of the Leprechauns 8k, as well as Beth and Melanie at the Relay for Life Cupcake 5K in May!