Who Was Really First in Flight? 3 State Debate

You see them everywhere: North Carolina license plates depicting the Wright Brother’s 1902 glider and the words “First in Flight” stamped proudly above.

A recent article by Bruce Smith of the Associated Press brings to light a tri-state debate regarding who truly pioneered initial aviation.

The article, found here on ABC news, lays out the fight for boasting rights by North Carolina, Ohio, and Connecticut.  It seems like a bragging battle should have been held decades ago considering the 111 years that have passed, but nonetheless, there is a heated debate cooking right up.

North Carolina and the state of Ohio have shared claims on first flight as the Wright Brothers were residents of Ohio, only traveling to (then) Kitty Hawk to conduct their flight experiments.  Connecticut Governor Dannel P. Mally signed a law in place this summer saying German-born resident, Gustave Whitehead, was the first to make a powered flight in the year 1901.  Evidence including photographs submitted by an Australian historian on the matter, John Brown, have been deemed inconclusive by most.  The Wright Brother’s plane is still hung high in the Smithsonian Institution, and I imagine it will be there for all time.

After reading the article I’ve formed some of my own opinions on the matter.  It sounds to me like the Wright Brothers did some A+ marketing after first flight, and I can’t help but give them extra credit for that! 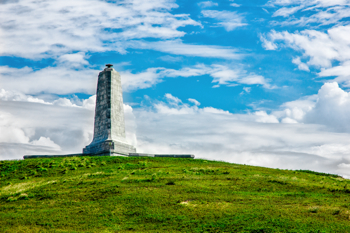