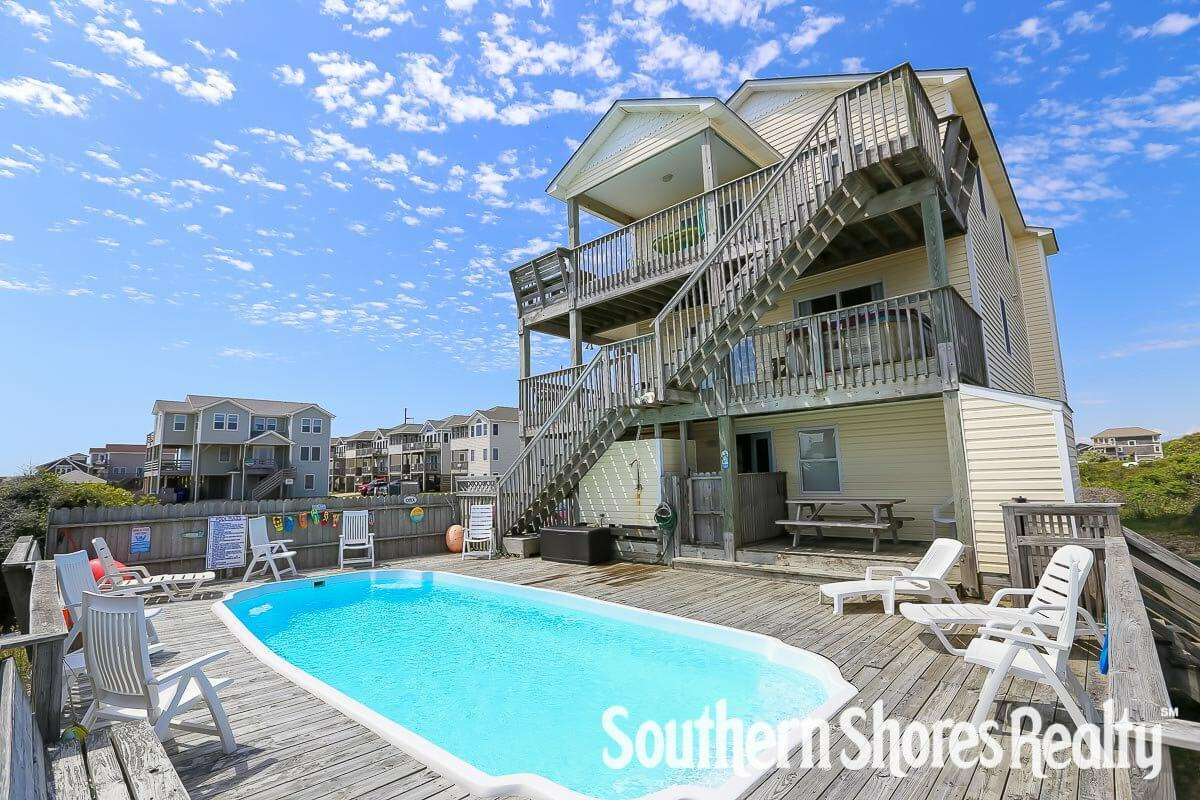 Offering over 450 OBX vacation rentals on the North Carolina coast, Southern Shores Realty has homes for any occasion and budget

If you’ve done any driving on the east coast, chances are you’ve come across an oval bumper sticker with “OBX” in bold block letters. The straightforward acronym stands for Outer Banks, referring to our hometown, the Outer Banks of North Carolina.

Local restaurateur and owner of Chili Pepper’s, Jim Douglas created the acronym. While on vacation on Nantucket, Douglas noticed a sticker with the initials “ACK” on many of the cars on the island. After finding out that the stickers were the acronym for the Nantucket airport and are a popular way for tourists to associate with the island lifestyle, Douglas decided to bring the concept back to the Outer Banks. He came up with “OBX” for the Outer Banks, using the X to make it plural. After ordering a couple thousand to sell in his restaurant, Douglas ended up selling out within a few weeks.

Douglas recognized the branding potential of the acronym and approached Southern Shores Realty’s David Watson to form a company with the purpose of trademarking and selling “OBX”. With Watson on board, Douglas broadened his OBX merchandise to include memorabilia such as water bottles and t-shirts.

Around the turn of the century, Dare County approached Douglas to use the acronym on license plates. Douglas agreed and the OBX license plates quickly became a coveted status symbol distinguishing between those lucky enough to reside on the beach fulltime and those visiting.

In the 25 years since its inception, OBX and Outer Banks are now used interchangeably and you can find a sticker in just about every shop.

Your dates are popular! % of our inventory is booked. Book Now!
Copyright © 2021 Southern Shores Realty. All Rights Reserved.