The horses are of the last remaining pure bred colonial spanish mustangs left in existence. DNA testing can confirm that are indeed a pure breed. The only other wild population on earth is on the Shackleford Banks just off the coast of Beaufort, North Carolina.

Their population is roughly around 100, give or take. Though, the herd used to be much larger. Back in the 1920’s Nation Geographic estimated the herd’s size to be in the thousands! What happened to the massive population? Why you’ll just have to keep reading to find out 😉

They used to roam all along the Outer Banks — from the Virginia state line (and beyond) all the way down to Ocracoke. That’s hundreds of miles of coastline, and now they live within an 11 mile stretch of coastline.

HOW DID THEY GET HERE

The Outer Banks, this beautiful sandbar, surrounded by water is at the junction of two major oceanic currents: the Gulf Stream and the Labrador Current. The Gulf Stream predominates in the summer time as it brings warmer, more tropical waters from the south. The Labrador Current takes over in the winter time, bringing with it the cooler waters of the north.

These currents carry sand, shells, and other marine debris — which has collected along the coast of North Carolina over thousands of years — eventually bringing rise to the very sandbar we’ve all come to know and love.

Not only did the persistent currents form the Outer Banks, but the exact point in which they meet has brought forth some very nasty shoals. Namely, the Diamond Shoals. This intense meeting ground is located off the point of Cape Hatteras and has given rise to one of our local namesakes: The Graveyard of the Atlantic.

You see, we’re called the Graveyard of Atlantic, because our intense waters have claimed many a ship. There are upwards of 3,000 wrecks located along our coastline.

These wrecks have a diverse history. Originating from many different countries, centuries, and setting sail for very different reasons.

Some of such wreckage came about from one of the most significant turning points in North American history. In the 1500’s when American exploration was peaking, the Spanish conquistadors found themselves off of our coast. As they encountered these shoals and sandbars they had two options: lighten their load so they can sit higher on the water and escape their fate, or wreck.

As such, to lighten their load they threw overboard whatever was least important and/or weighing them down the most. At a whopping 1,000 lbs per horse, many determined they simply had to go overboard.

Fortunately, horses are very competent swimmers. Their massive lungs prove to be a life vest for these animals, who are instinctual swimmers. Once a horse hits water, it takes off swimming, as fortunately, paddling mimics trotting.

Those horses swam ashore and found themselves in paradise. Not too shabby of a place to be stuck 😉

Additionally, as the area was being colonized, the explorers brought with them their horses, because, let’s be real, there were no automobiles around. If they wanted to explore “new” territory, they’d need a mode of transportation to do so.

These horses were the original automobile and they are great at it!

Since their intended use was for transportation of the conquistadors, they were bred to be hearty and stocky. You see, the men of the era were actually pretty short. They needed a shorter horse they could easily hop on and off of, while hauling their loads through diverse and dense terrain.

Before the horses were moved exclusively to the North Beach territory, but after development of the northern Outer Banks and the paved road through Corolla, they would roam throughout the community of Corolla. Most notably, the new grocery store. Food Lion. Anyone who’s been to a modern-day grocery store knows they’ve got automatic sliding glass doors. Well, I’ll tell ya what, much like many of us, the horses were not a fan of the Carolina heat and humidity — and they are much smarter than you’d think. As such, they discovered that if they roam up to those automatic doors, inside awaits an air-conditioned oasis. So… sure enough, those horses waltzed right up to those doors and trotted their merry way into the grocery store to cool off and to escape their namesake nemesis: horse flies.

This discovery for the horses was an issue for the very obvious reasons, like, “Hi, excuse me mister wild stallion, but I need to sneak past you to grab a carton of eggs” but also because, “hello, non-native produce!” Contrary to popular belief, our horses actually cannot take advantage of an open produce section — as apples, carrots and cucumbers are fatal to our wild ones.

Hold up — Did you say apples and carrots will kill the horses?

These horses can only consume what is indigenous to this sandbar in which they have inhabited for the past 500+ years. Their gut microbiome is so finely tuned to this beach, that introducing any non-native food sources (yes, even hay) would wreak havoc on their system. You see, horses do not have the ability to regurgitate indigestible food like humans can. To consume a foreign substance would result in either excruciating, literal gut-wrenching colic and potentially a subsequent death.

So that is why there is signage everywhere, ad campaigns, social media posts, blogs like this very one that you are reading, and locals warning everyone “DO NOT FEED THE HORSES”

Oh, okay so just don’t feed them foreign foods then?

No, do not feed them anything, period.

But I thought you said only non-native foods will kill them? They’re already eating these sea oats here, so what if I just pick some of those and feed it to them?

Because that, my friend, will put the horse at risk of losing its freedom on the beach.

This behavior encourages horse-to-human interactions and habituates the horses to us. They will begin seeking out humans for food, which they don’t need to do. But also, this can become dangerous. As seen with many other wild populations of animals, the wild ones who’ve been fed by humans, will seek humans out, scaring people, causing many to act erratic, panic, or otherwise harm the animal.

These horses, mind you, weigh 1,000 lbs! They are fast and they are not shy. No one wants a hungry stallion during mating season to seek out children on the beach, etc. By leaving them alone, allowing them to graze for food at their leisure, we can minimize any risk that would bar them from being admired by generations to come.

What happens if a horse does become habituated? They will permanently be removed from the wild. They will go to a loving rescue farm and be cared for by the Corolla Wild Horse Fund.
While it’s a lovely place to be, these horses deserve to remain on the beach with their family/companions.

Speaking of food, many have noted that the horses look “chunky”. Sheesh, give these boys a break, they’re just bloated 😉 But actually, though. Sincerely. They are just bloated. And big-boned. (Remember what they were bred for)

What is Banker Bloat?

It is the bloating of wild horses bellies due to their excessive sodium intake. You see, everything on the beach is coated in a layer of sea spray. It’s everywhere! It’s in the grass that they eat and the water they drink.

As many of us know, salt causes water retention and then, subsequent bloating.

So, no, they’re not chunky, they truly are just bloated! 🙂

Now, I mentioned that it’s in the water that they drink, but I don’t want to give the wrong impression. They don’t drink straight ocean water. They drink brackish water. Brackish water is too salty to be freshwater, but not salty enough to be ocean water. Furthermore, the Currituck Sound is so far removed from the ocean and is continuously fed by fresh water estuaries, that it’s actually quite fresh!

They’ll find water in the puddles that form in the unpaved sandy roads of north beach, ponds and creeks, and the Currituck Sound.

An interested stallion approaches the females. If she is interested, she will chose to accept the stallion either into the harem, or one may even potentially break off from the harem to go off as a couple.

If accepted into the harem, the stallion follows the mares around because, I’ll tell ya what, it’s a mare’s world and everyone is just living in it. 😉

Horses are a matriarchal population. The alpha female runs the show.

If you’re watching them walk down the beach, for example, it’s easy to spot the heirarchy.

The alpha female will be leading the way, followed by her mares, and lastly, the stallion follows in the back. While lowest on the proverbial totem pole, he also does this to watch over the ladies to make sure no suitor swoops in and wins the ladies over.

A competing stallion during mating season will approach a harem and have to prove himself in order to win a chance at mating.

This is done by fighting for it, they literally “duke it out”. Rising on their hind legs these intense creatures will stand and jab at each other, bite, nip, and kick each other. They’ll buck & chase each other until one ultimately surrenders. Now, they don’t fight until the death or anything like that. They usually back away before it gets to that point.

What happens those that don’t win?

They can either go off alone or join a bachelor harem.

A bachelor harem is a group of young stallions who haven’t yet found a mate. They provide each other companionship and sharing of skills. They will practice fighting with each other, building up their strength and technique. Once they feel confident enough, a stallion will break away from the bachelor harem to put his fighting skills to the test.

Once a mare has successfully chosen a mate, she will be pregnant for a whopping 11 months. Since their gestation period is nearly a year long, their foaling season falls at the same time as their mating season. The beach is buzzing all summer with births, mating, reshaping of harems, and tourism!

The fillies are typically larger than the colts and tend to grow faster.

As they grow, the filly will stay with her birth harem, while a grown colt will be kicked out. Once kicked out, he will fend for himself and likely join an aforementioned bachelor harem.

Curious to learn more? Stay tuned into our blog! 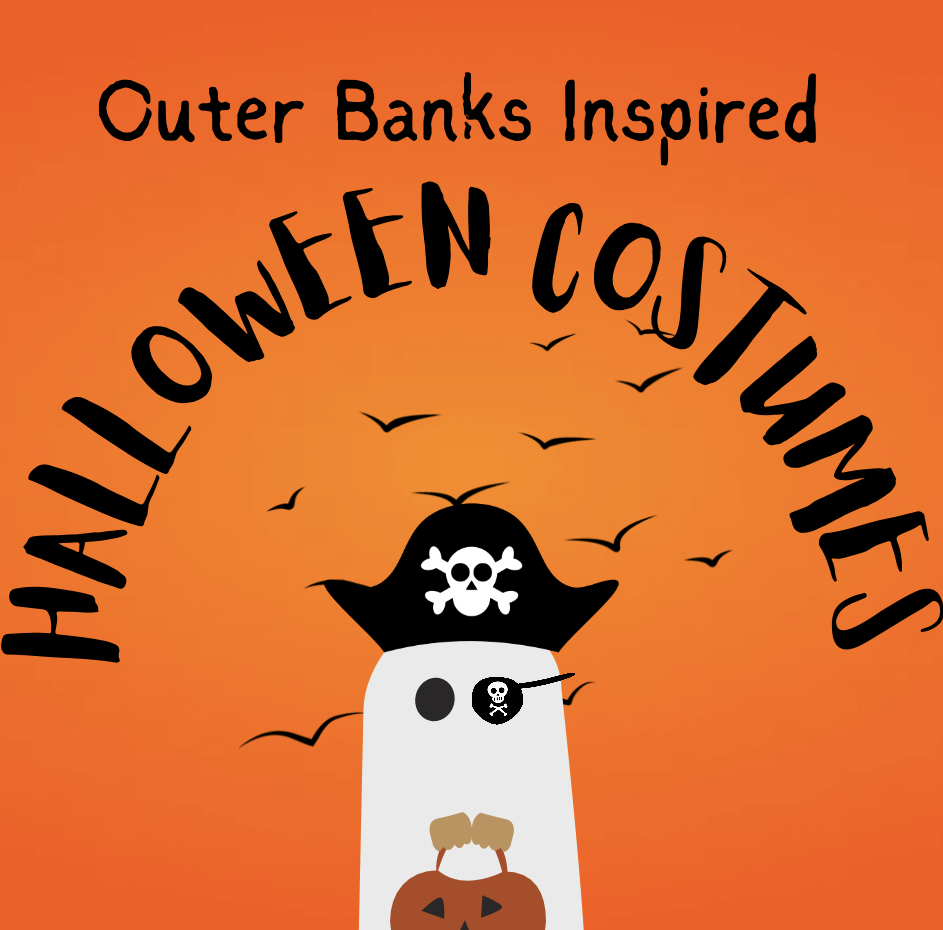 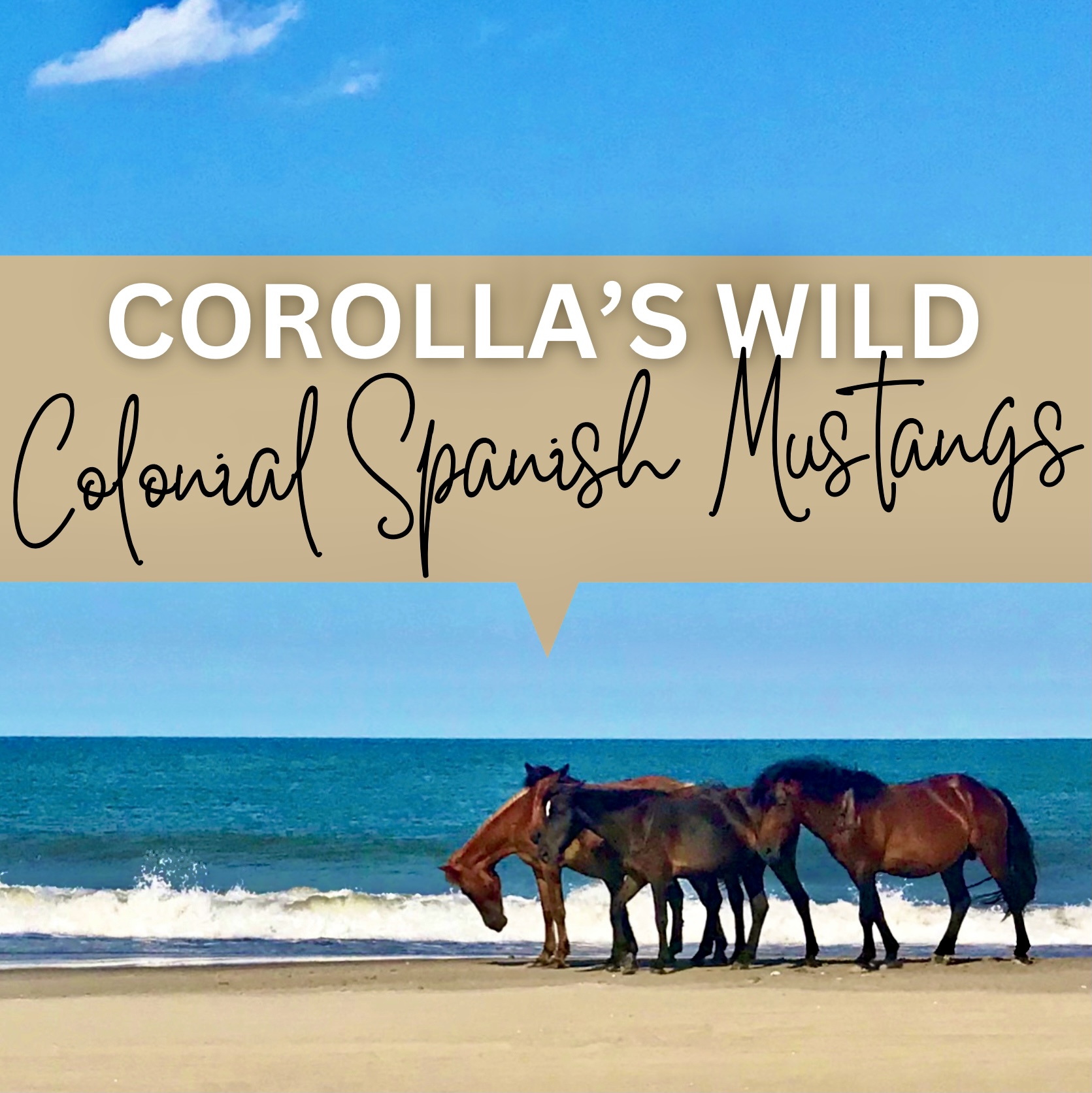 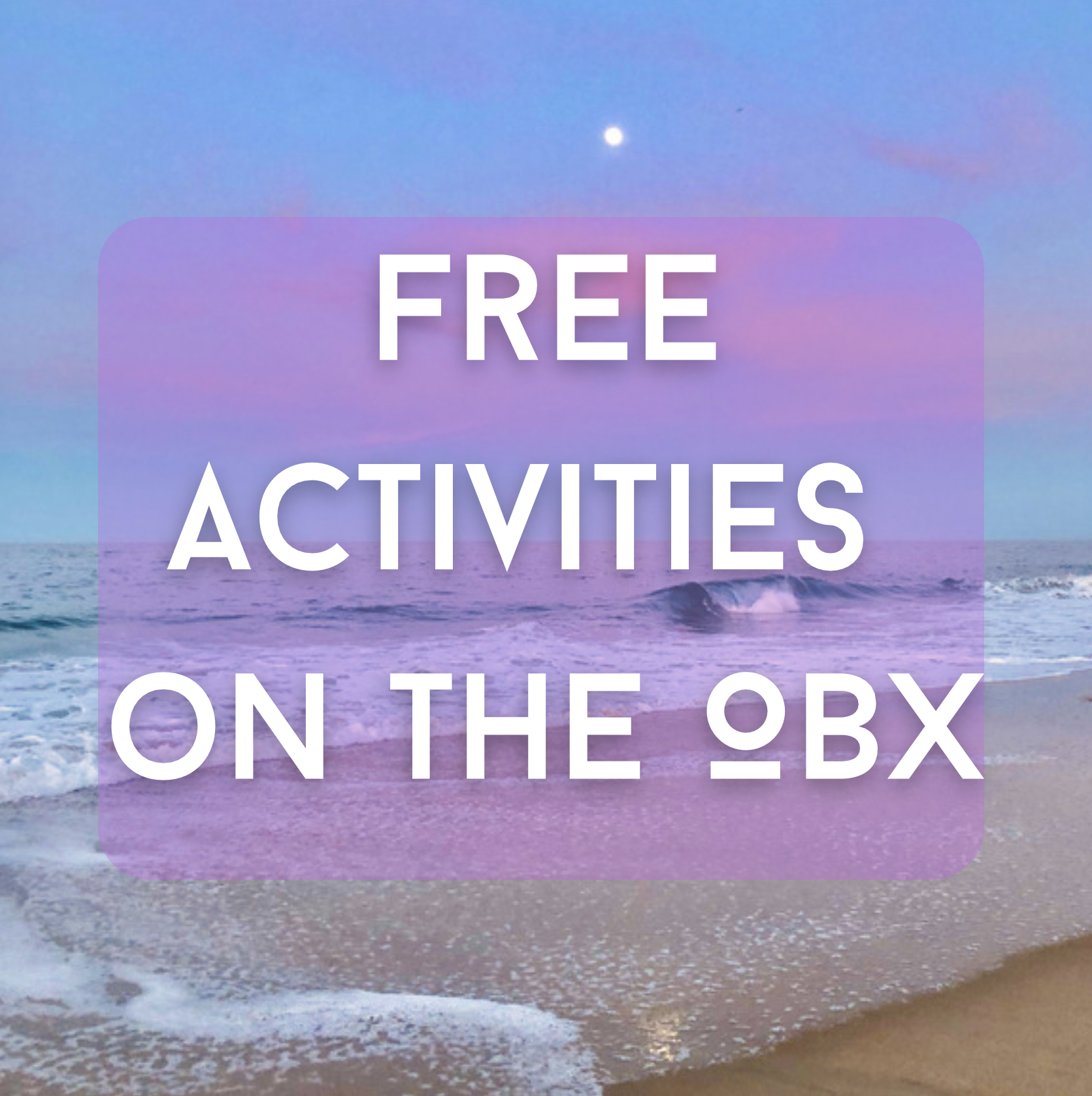 Free Things To Do on the OBX... 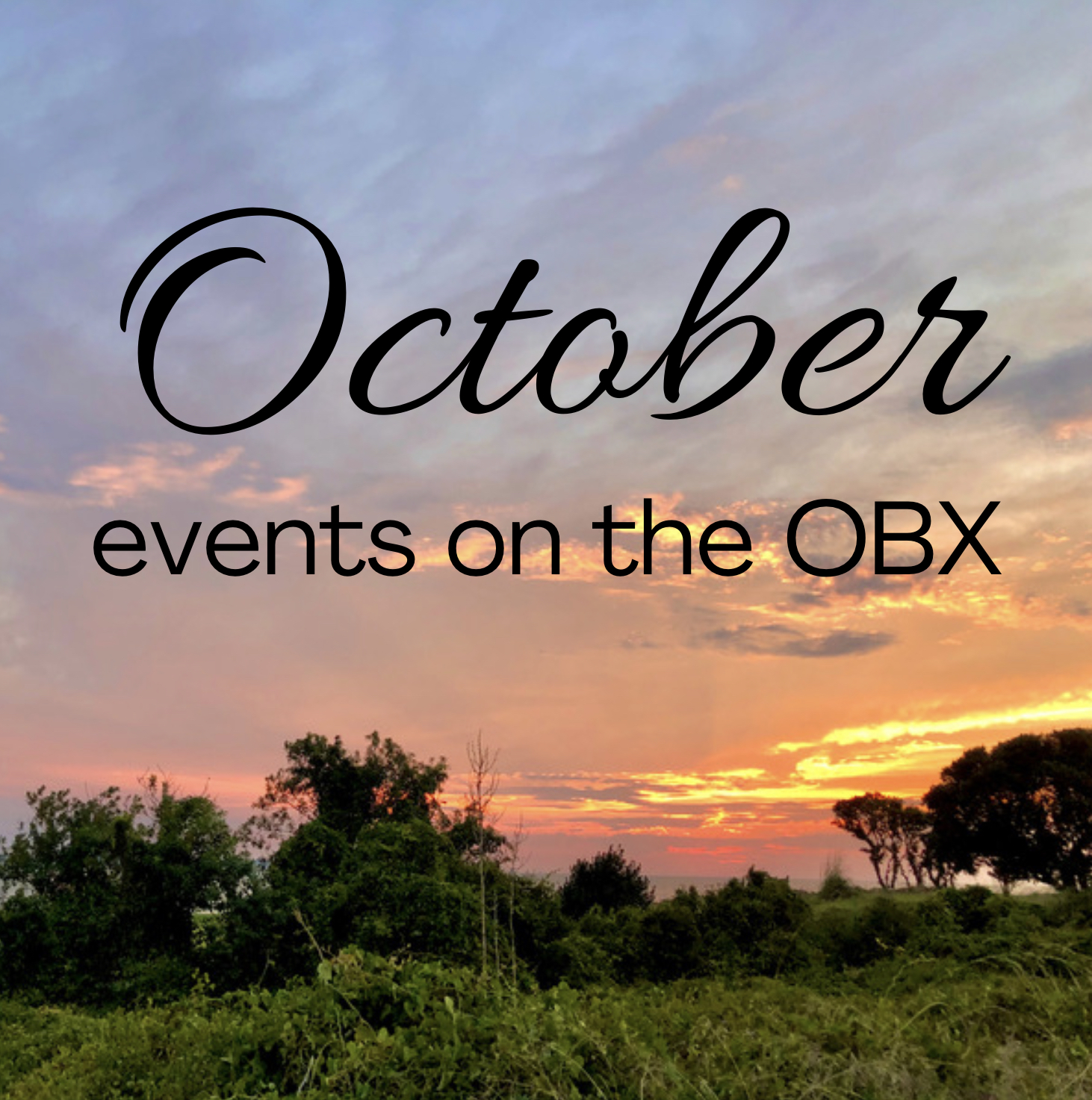