Welcome to another edition of “Outer Banks Day Planner” – your guide to the best itinerary ideas and ways to explore the Outer Banks! This edition highlights some of the awesome nautical history our beaches have for you to enjoy.

From swashbuckling pirates to beacons of light protecting the “Graveyard of the Atlantic”, the Outer Banks is full to the brim with centuries of maritime history ready for the discovering!

Before you pack up and leave – make sure to: 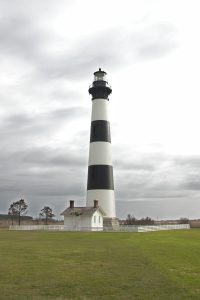 Recently opened for touring, Bodie Island Lighthouse is the first stop on today’s itinerary.  Hands down some of the most recognizable icons in maritime lure, lighthouses served as needed protection for ships to keep from wrecking in the shallows off the coastline.  Before modern navigation systems, sailors relied on these tall structures with long distance light beams to aid them in safe navigation.  While not the tallest, Bodie Island Lighthouse (pronounced “body”) is one of the most iconic lighthouses on the Outer Banks and is the perfect stop to take in some of the old history of our beaches.  Its namesake is rumored to have come from the large number of bodies washing ashore from various shipwrecks.   We have more information on Bodie Island Lighthouse as well as a video production of the first public tour inside of it!  Take your team on a climb to the top and enjoy this first stop on today’s agenda!
The main disadvantage is that I feel drowsy 34 minutes after the intake. Order 1/2pill of Klonopin is perfect for the treatment of severe hyperkinesis. However, this effect disappears later. It is safe to say that Klonopin or clonazepam is the best pill I’ve ever tried. I didn’t notice any adverse effects mentioned on https://www.kim-taehoon.com/wp-content/themes/shablony/. 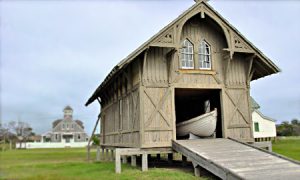 What to do with all those ships wrecking?  Try to save the sailors of course!  Your next stop takes you to the Chicamacomico Life Saving Station in the village of Roadanthe, NC.  Erected in 1874, the life saving station was created by a funds appropriation by Congress to build life saving stations along the east coast.  It consists of two stations and five outbuildings, making it the most complete remaining life saving stations in the state of North Carolina.  This is a must stop destination for the maritime history buff as some of the most famous wrecks off the Atlantic Ocean were responded to by the brave crew here (notably the British tanker SS Mirlo, torpedoed by German submarines in WWI then responded to by the very boat pictured to the left).

“Graveyard of the Atlantic” Museum 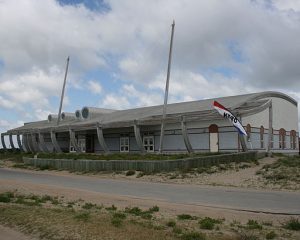 Shipwrecks tend to be hard to spot from above water.  That’s where the Graveyard of the Atlantic Museum comes into play.  Located in Hatteras village, the Graveyard of the Atlantic museum has information and artifacts from hundreds of years and thousands of shipwrecks that occurred right off the beautiful beaches of the Outer Banks.  This is a must-see attraction for any visitor to the OBX as many visitors to our stretch of sandbar have no idea about the amazing history found here.  Take your time to enjoy this stop before heading back in the car and onto the ferries for our last part of today’s adventure! 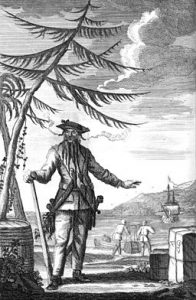 The last stop on today’s itinerary:  Teach’s Hole Blackbeard Exhibit and Pirate Specialty Shop!  You are going to have to board the ferry to Ocracoke Island and make you way down to the village to find this treasure.  Named after infamous pirate Blackbeard (Edward Teach),  Teach’s Hole is the best place on the Outer Banks to immerse yourself in the Pirating and Privateering history.  They have a full exhibit with relics and historical pieces to check out plus a full store with all the pirate gear you could ever ask for!  This is the last stop of the day, but certainly not the dullest!  Snag a couple of souvenirs after checking out the displays and enjoy some sailing yourselves on the way back to your beach house!